As a kid I tried out many different sports, and was terrible at all of them. It led me to dislike sports as a whole for most of my life. Through a combination of sports anime, professional wrestling and Jon Bois’s youtube essays, I’ve learned to appreciate sports as a storytelling medium. This got me thinking ,how are sports handled in tabletop role playing games? I decided to check some out. First up, the only one I’ve played, Fight with Spirit by Storybrewers Roleplaying.

Fight With Spirit (FWS) uses an original system where a facilitator and up to 4 players create and act out their own sports anime through highly structured systems. It includes cards for character creation and to play out sports matches. FWS is broken down into sessions, and within those sessions, different phases. The first session is made up of collaboration, backstory, opening credits and event.

In the collaboration phase everyone decides on the tone, depth of sports knowledge required, and decides between high school or college. FWS always takes place in a school setting. In fact, the game has an assumed setting of ‘Harbour City’. There is no assumed sport though, you’ll have to decide as a group which team based game you’ll be acting out. When we played we went with basketball, since we were all mildly familiar with it.

During the background phase you’ll choose a team and create characters. For the quickstart there is only one option, Dockside Demons, the “fallen champs”. It’s a team that had great success in past, but has been lackluster recently*. This includes info on your team colors, rivals, and special rules. One of those is a “match game” card unique to this team that can be unlocked and used during the match phase.

Next you define Major Characters, equivalent to player characters in other games. This is done by having everyone draft trait cards. These have a drive your character can achieve for “spirit points”, and a question to define your relationship with another major character, or a “connection”. In other games a connection would be called an NPC, but here each player controls one connection that is not related to their major character. Each player also creates two connections, at least one of which must be from a rival team. The facilitator controls the remaining connections.

Once set up is complete you can get into role playing scenes. Major characters pursue “drives” from their traits to, well, drive the story. Players can cause drama for each other by spending “setback tokens”.  These let you create a complication for another player’s character, and requires a negotiation process to take effect. Accepting a setback gives you ‘fight’ tokens, which are helpful during the match phase.

FWS starts with a sports anime styled opening credits, each player offering brief glimpses into their major character’s life and play-style. Then each character gets a daily life scene, culminating in an event attended by all characters. These let everyone flesh out their characters and pursue drives outside matches. Eventually you get to my favorite part of FWS, matches!

Matches are made up of many smaller games, outlined on cards. Each one represents a moment in the match. Examples include highlighting teamwork through “Team Combo” or trying to impress someone through “Look at me now!”. To play these games you use the match deck.  Instead of traditional suits it uses ENERGY, CONNECTION, PROWESS, and FOCUS, plus ranks 1 to 6. Match cards also have headway (good) and setback (bad) questions that match games will prompt you to answer depending on the outcome of the game.

We ended up playing our game differently than was laid out in the quick start. I was Facilitator. During our initial session I also made a major character and some connections. During match play we alternated who controlled the rival team. This was not difficult to adjust to. Because FWS is so procedure heavy, I feel that a facilitator is unnecessary. I actually had more fun with GM-less FWS, than most other GM-less games.

FWS is a unique system. It’s procedure heavy, guiding you through every step of the game. In play this gave the game very good pacing. We were rarely stumped for things to say. It did a great job of capturing the feeling of making your own sports anime.

The quickstart is pretty great, and I’m excited to check out the full version. Team games are the only ones supported by the quickstart, the full version will also have 1 on 1 games like Tennis. I’m hoping to see more rules to flesh out individual sports, perhaps unique match cards? I feel like making a game about games, and not including some aspects of the specific games rules is a missed opportunity.

Thanks for reading and checking out my new blog. If you enjoyed this follow me on twitter. Let me know of any other sports TTRPGs I should check out. Next in this series I’ll be taking a look at the Tournament Arc quickstart by Biscuit Fund Games.

*Reminds me of the main characters’ school in Haikyuu!, the show that got me into Sports anime. 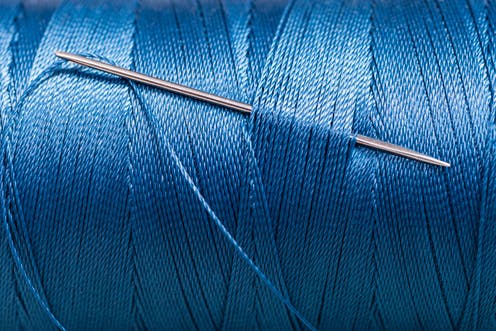 This is a compilation of twitter posts/threads that I’ve found to be interesting or useful for writing, playing, and talking about tabletop RPGs. I will try to keep this updated as I find more posts.

If there is a thread you’d like to see on this list, send it to me @JonathanDersch

END_OF_DOCUMENT_TOKEN_TO_BE_REPLACED

Just for fun I decided to write up a gunblade for use in OSR/SWORDDREAM style tabletop RPGs. Initially I thought it would be pretty simple, just a regular sword with bonus damage. But after looking into the new Gunbreaker class in Final Fantasy XIV, I realized through specialized ammunition it could be much more interesting.

The rules below are mostly system neutral (leaning towards Knave.) I’m sure it will not be difficult to adjust things to fit into your game.

END_OF_DOCUMENT_TOKEN_TO_BE_REPLACED

I finally decided to dip my toes into the worlds of RPG writing and game jams through the Pamphlet Dungeon Jam on itch.io. My entry is The Library Beneath the Sands. It’s focused on exploration and discovery. While its intended to be ran with Knave (my favorite RPG system) you could easily run it with any version of D&D by replacing the monsters with some from the Monster Manual.

I’m really proud of this adventure so if you check it out let me know what you think!

Planescape: Torment is the classic PC RPG developed by Black Isle and written by Chris Avellone. What sets Planescape apart from its peers is its unique setting and writing quality. As the title implies the game has an overall melancholy mood, but its lightened with doses of humor throughout.

END_OF_DOCUMENT_TOKEN_TO_BE_REPLACED

Back in 2016 I looked at all the year-end lists and didn’t see many games I had played.  For 2017 I decided to try to stay current and play the big games as they came out.  This year was jam packed with quality games, which made this goal difficult.  In addition to the plethora of games on platforms I own, the Switch launched this year with plenty of cool exclusives that had to pass me by.  I still got to play plenty of brand new games, which I have narrowed down into a top 5 from this year.

END_OF_DOCUMENT_TOKEN_TO_BE_REPLACED

Ryuutama is an RPG I picked up at Origins and have had the opportunity to play recently. Its a Japanese RPG that has been described online as “Miyazaki’s Oregon trail”, which I feel is a very apt description. With this article I wanted to take a look at how Ryuutama’s book and mechanics help to encourage and emphasize this style of play. 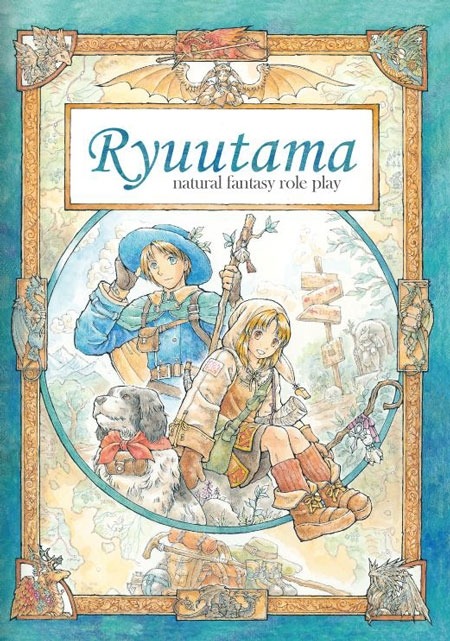