I own quite a few Boss Fight Books, both physical and eBook. This one I got in an online bundle. Out of those various titles I was drawn to Soft and Cuddly because I had no idea what it was about. How could someone write an entire book (even a relatively short one) on such a small and obscure game? Mostly by writing about everything surrounding it’s creation and release. 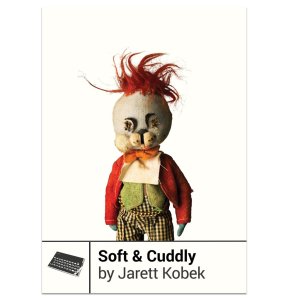 The game Soft and Cuddly is presented as emblematic of that era. Back in those days a single person could code and sell a game. This resulted in much of their personality being stamped upon it. As the cost of game development rose, large teams became more and more necessary. S&C is an incredibly strange game, built upon the interests of a single teenager. It’s the type of game that disappeared for a very long time, resurrected with the recent rise of indie games.

Unlike the other Boss Fight Books titles I’ve read, the author does not inject themselves or their personal history into the text. This volume is much more research and interview driven, with focus on the environment and creators of the era. It’s wider focus on the circumstances of the creation of Soft and Cuddly and illumination of an under reported era of game development made this one of the more memorable BFB titles.

BFB Power Rankings:
1. Metal Gear Solid
2. Soft and Cuddly
3. Final Fantasy 5
4. ZZT
*I really enjoyed all four of these books, and would recommend each of them.