Life is Strange is an episodic adventure game released in 2015 from developers Dontnot Entertainment. I just recently played through this game and found myself very drawn into its world and characters. While I often find video games very immersive for their settings and environments, very rarely do I feel like I inhabit the main character. Life is Strange, I feel, excels at this. Other games try to get you to inhabit their protagonists by making the protagonist silent and allowing you to choose their dialogue options. Max isn’t silent, she talks quiet a bit. She has her own personality and opinions, which may differ from your own. She has her own past, and goals for the future. But in the present that is the game, you become her*. I wanted to take a look at how LIS accomplishes this, at least for me. 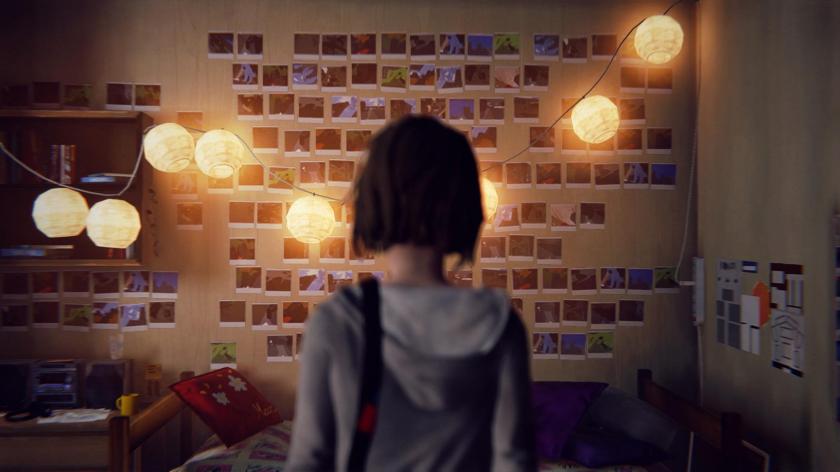 I’m going to go into some major spoilers for the entire game, so be warned if you haven’t played it yet.  This entry probably wont make a lot of sense unless you have played the entire game anyways, so you should go play it, its lots of fun and not that expensive nowadays.

The story-line of LIS is fairly linear, every play through will hit the same major points. But each will have differing details, not just in the various optional choices that appear throughout the game, but also in how you approach non-critical dialogue and inspect-able objects. For example early in the first episode I completely missed talking to an NPC, and she made sure to let me know for the rest of the game. For the various objects to can inspect to get a quick quote from Max, I didn’t hit all of them, but I’m sure there are players who felt the need to hear all of them.

Whats cool about this is it allows each player to determine how much additional information they want to collect in the world. In more linear media like a book, this additional detail is not optional, and may bog down the experience (a common criticism of Lord of the Rings). On the flip side something like film or TV may not have as much as a viewer would like. Players can get the experience they want by adjusting it on the fly. During slower sections of the story-line I was happy to just meander around and talk to random people, but when things got exciting I would rush to the next major plot point.

Information is relayed to the player through Max. You and her will generally learn things at the same time. In LIS most of the things in Max’s “fictional memory” will line up with what you know (contrast this with other media in which the audience knows things the characters do not). Most games characters will remember key info for you. Max doesn’t always remember things, sometimes its up to you to remember key details during prompts. During these Max’s fictional memory is dependent on the player’s actual memory. Most of the time this can be circumvented through the use of time travel. For example, Juliet will test Max’s empathy by asking if she can remember Juliet’s last name. You may have to guess, but if your wrong you can always rewind time.

This aspect becomes very critical during Kate Marsh’s suicide attempt towards the end of episode 2. Similar to Juliet, she will ask you questions about herself, but you will not have access to your time travel powers. She will only be saved if YOU (not Max) can remember the specific details, even if you/Max did the correct actions earlier in the game. This moments is extremely tense because you no longer have the crutch of time travel. Just now as Max struggles to find the right words to convince her friend to get down from the roof, you to will be struggling to find the correct answers from your past interactions with her. 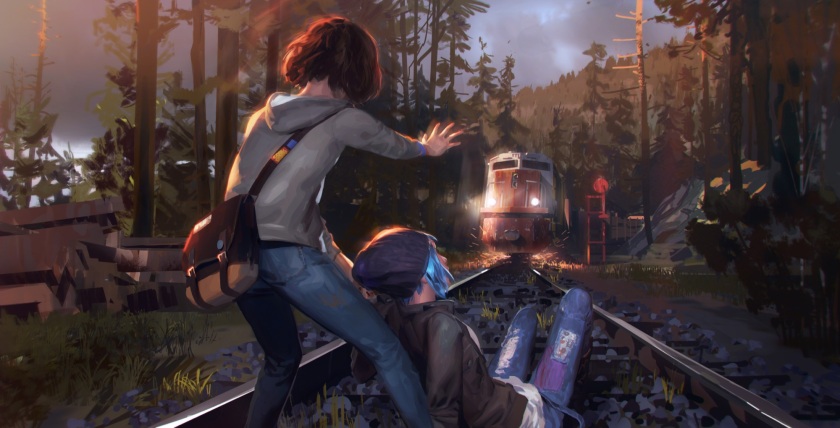 The most pivotal moments in the game require player interaction. The above mentioned Kate Marsh segment, saving Chloe from the train, and figuring out the location of the Dark Room all require player input and effort. Sometimes in other games key moments that move the story-line forward are done in cut scenes in order to get to the next game-play section. In LIS these pivotal scenes are the game-play. When tensions run high your memory, negotiation skills, investigation skills, and time travel ability get tested. Because of this level of interactivity, Max’s triumphs are not just her own, but yours as well.

Putting it all together

I think this story could have worked in another medium, but it is enhanced by its nature as a game. Catcher in the Rye is a very immersive story as well (and very obvious influence on this game). That book allows you to jump straight into Holden’s head, and its easy to understand how he thinks and feels. LIS lets you jump not just into Max’s head, but her shoes as well.

For me this full immersion became apparent at the end of the 4th episode. Max and Chloe run to the burial site of Rachel Amber after receiving a threatening text from the target of their investigation, Nathan. Unfortunately in their haste they get ambushed, and Max is dosed with a needle. Her rewind powers become unusable and she is forced to watch as Chloe is shot by her teacher Mr. Jefferson. This was both shocking and terrifying on multiple levels:

During this scene my mind kept going back to the various Metal Gear Solid games, in which your character very often gets captured and tortured. But I never felt as scared or violated there. This could be because Snake is a tough soldier guy, while Max is a young girl. But I also never felt like I WAS Snake. He was just a dude I ran through mazes with until I got to the next cut scene. When Max was kidnapped and captured I felt like I was too.